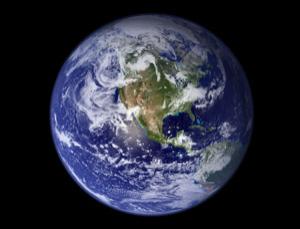 Bad news for Kepler-22b. Once deemed the most habitable world outside our solar system, it no longer looks life-friendly. More strangely, Earth’s habitability rating has also taken a hit. Both results are thanks to a redefinition of the habitable zone – the region around a star in which liquid water can theoretically exist.

Also known as the Goldilocks zone, because temperatures are “just right” for life there, the habitable zone is the main tool that exoplanet hunters have to rank their finds. But researchers are still using a definition coined in 1993. “Those habitable zones have not been updated in the last 20 years,” says Ravi Kopparapu of Penn State University.

He and his colleagues have a new definition. The zone’s boundaries have always depended on the star’s temperature, plus estimates of how well the atmospheres of any planets would absorb heat from their star. But in recent years, lab experiments have turned up new figures for how water and carbon dioxide absorb light from different types of stars. The redefinition is based on these figures – and pushes the zone further from the star than the old definition.

Now, many planets, including supposedly balmy Kepler-22b, look too hot. However, the redefinition should also bring into the habitable fold planets that were thought to be too cold.

Shockingly, Earth – which used to be smack-bang in the middle of our sun’s habitable zone – is now a scant million kilometres away from the warm edge, so almost too hot for liquid water. Of course, we know Earth is robustly life-friendly – the mismatch is probably because neither definition accounts for clouds, which reflect sunlight away from Earth.

As Earth shows, the Goldilocks zone is no ultimate judge of habitability, something exoplanet researchers have known for years. As well as clouds, volcanic activity or the location of other moons or planets in the solar system, may be important for life to develop on planets like Earth.

For now, however, with clouds not visible on an exoplanet, and many other details unknown about alien solar systems, the habitable zone is the best guide we’ve got – and thanks to Kopparapu’s team, it just got a bit better.

via Earth and others lose status as Goldilocks worlds – space – 30 January 2013 – New Scientist.